I HAVE MADE BLOG!

We’re going to try this blog thing out. Not much to talk about in this post, but I wanted to put something out there…mostly because I promised on Episode 201 of Eureka Podcast that I would have something done by now. And I am nothing if not a man of my word.

I don’t know where the blog portion of the show is going to take me, but I guarantee it is going to be similar to the podcast: I’ll write about nothing at all, but spend a considerable amount of time doing so. What is nothing? Everything that pops into my mind which I cannot let go until I get some sort of answer.

I’ll be tackling such important, timely topics as the extreme high I feel when I eat a Snickers Blizzard with extra, extra, extra Snickers juxtaposed to the extreme low when I nearly finish the damn thing. And then the extreme high when I realize a ton of Snickers have gathered at the bottom of the cup, only to feel the crushing low of finishing off said Snickers & barely being able to breathe because of the rock of what would probably be 4 king-size Snickers half frozen in my stomach. #FatGuyProblems 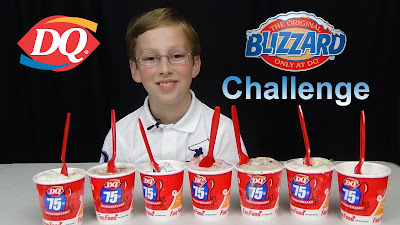 Jeremy was excited to learn he didn't have to order 7 Blizzards to finally have the proper amount of Snickers.

From there I might explore my confusion with the Trump administration. Is he TRYING to be a fascist or is he really as awful as those panicking & referring to him as Hitler think he is? I mean, does he KNOW that he’s following a fascist/authoritarian playbook? If not, is he accidentally doing it? Is that what previous authoritarians did as well? A part of me wants to think evil world leaders did not set out to be evil, but that they thought they were doing the right thing. Is Trump evil? I don’t know. Time will tell, I suppose, but do we have time?

Whelp! That’s a taste of the topics I’ll be covering. Listen to Eureka Podcast where I do this sort of thing in audio form with a buddy of mine who thinks about even stranger things than I do. Until next time, watch the latest Youtube video that made me larf out loud here.

Check out the latest episode of Eureka Podcast and subscribe by following the links below:
Direct Download Link: http://traffic.libsyn.com/eurekapodcast/EP_202.mp3
iTunes link here: https://itunes.apple.com/us/podcast/eureka-podcast/id604700544
Posted by Jeremy Henson at 1:40 PM